What's With All The Tiger King Memes?

If you still haven’t watched the new Netflix special, we got you covered.

Ah, memes. The one thing that joins people together in the spirit of comedy. It can contain references to anything—a game you’ve never played or a show you’ve never heard of, which can have you laughing while also thinking ‘wait, what’s this from?’

Have you been scrolling through TikTok, Twitter, or Facebook lately seeing memes making fun of a man with a mullet posing with a tiger? What about a lady wearing a flower crown who is accused of killing her husband? If you’re thinking ‘yeah, what gives?’ then let’s recap. This meme mayhem all has to do with a little Netflix docuseries called ‘Tiger King’ and it’s 7 episodes filled with hundreds of big cats, some illegal activity, and a lot of guns.

This series introduces us to a lot of interesting characters dabbling in the exotic animal industry, but the two most prominent are Joseph Maldonado-Passage—or as we get to know him, ‘Joe Exotic’—and his archenemy Carole Baskin. Joe started and owned his own tiger zoo in Wynnewood, Oklahoma called G.W. Zoo. Due to the large number of tigers he acquired and exploited throughout the years, he attracted some negative attention from the animal rights industry (PETA), but especially from Carole Baskin.

Carole isn’t really the ‘Mother Teresa’ of big cats that her husband says she is because she owns her own zoo attraction called Big Cat Rescue in Tampa, Florida. Although she defends her park saying these cats have all been rescued in some way, they are all kept in similar living conditions to what Joe Exotic keeps his in, which she is angry about in the first place. I digress.

Joe, along with some other park-owners who make an appearance in the series, *really* hate Carole. So much so in fact that these tiger owners, along with a handful of their employees and partners, believe Baskin killed her ex-husband and fed him to her tigers. Whether this is their hate-fueled conspiracy or an actual belief of theirs is unclear, but nonetheless made for an exciting true-crime twist to the show for the few episodes that discussed it.

The mystery of Bakin’s husband’s disappearance is a cold case, meaning it was never solved and is basically just one big shrug. If you end up watching the show, it’s probably easiest if you just draw your own conclusions.

The whole series builds up to the main event, which is also the reason why Joe Exotic sits in jail today. Hence the reason why you may have seen all those “Free Joe Exotic” comments across social media.

As the series goes on, the hatred Joe and Carole have for each other grows. Where Carole takes legal battles against him, Joe strikes back with violent videos showing him shooting (with a real gun) a doll dressed as Carole in the head. He emphasized how much he wished she was dead, and ultimately ended up paying someone to go kill her. Unfortunately, this person turned out to be an informant to the police, and you can guess how it went from there.

If there’s one good thing we got out of this pandemic, it’s this series and the memes that follow. Joe may be in jail for the next 22 years, but thanks to the internet, his spirit will live on.

1. A show for the intellectual

This is the most important graph I've been sent at work today #TigerKing pic.twitter.com/agK2ZsCexv

2. You ain't seen nothin yet 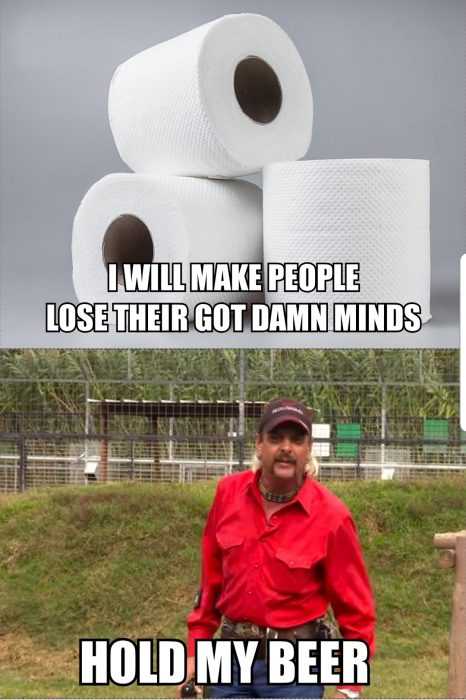 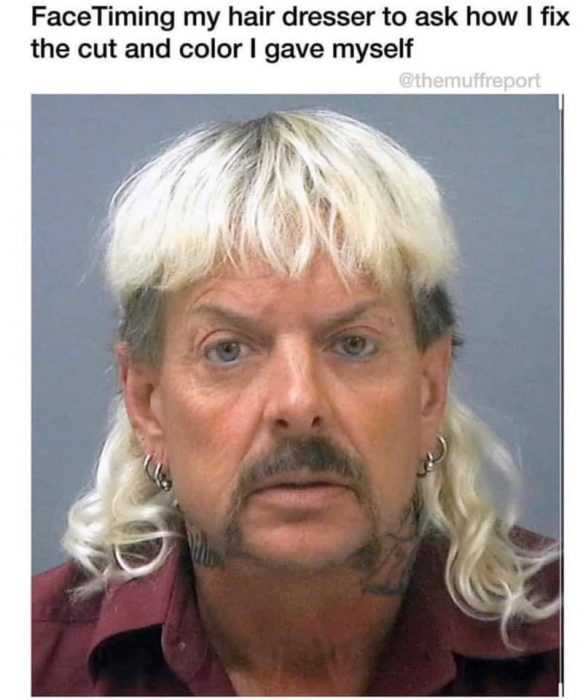 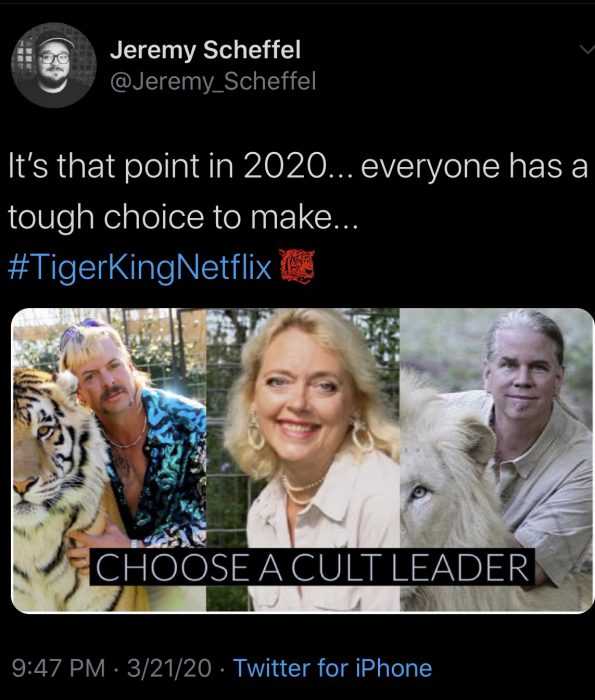 7. If everybodys the worst, is anyone the worst?

Me trying to figure out who on #TigerKing is the actually the worst: Joe Exotic, Doc Antler, Carol Baskin, Jeff Lowe pic.twitter.com/aycFelAEHx 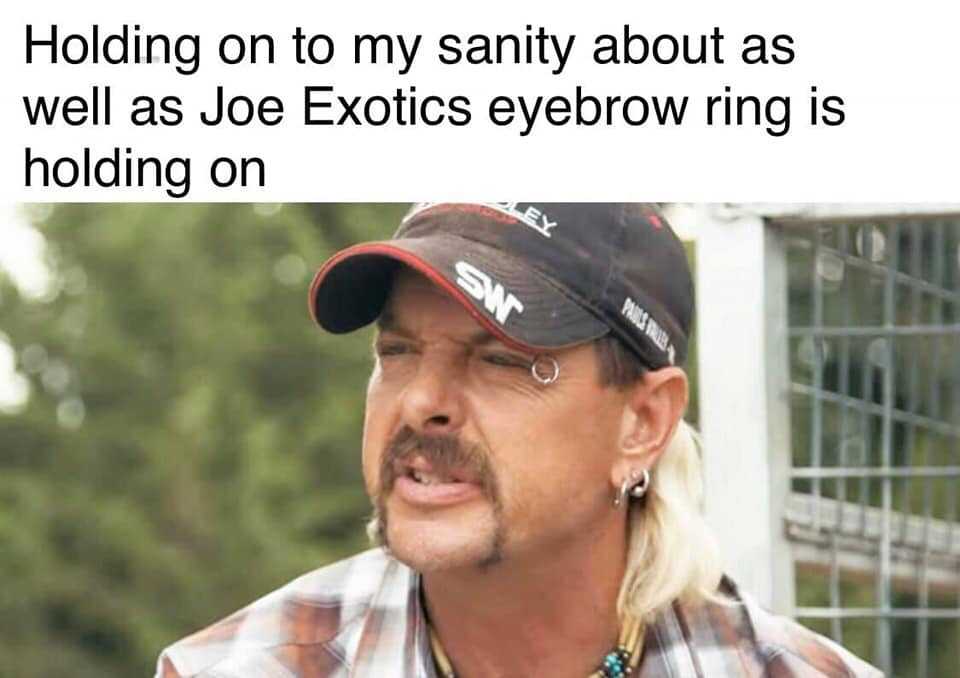 I made a #tigerking alignment chart. Discuss. pic.twitter.com/RelbXAd3m5

I just want to say thank you to joe for recording every aspect of his life. I wouldn't believe half of this shit without seeing it. #JoeExotic #TigerKing pic.twitter.com/gHk0CmzFyl