The shade is strong in this one.

Either you love her or hate her, but something everyone should agree on is that Taylor Swift has been through the ringer. Public relationships, award show interruptions, Kimye drama, public break-ups, and of course sexualization from the media. She’s smiled through the pain and sucked it up throughout her career, but this year she’s decided that enough is enough.

Nearly a month following the release of her documentary ‘Miss Americana’, Taylor Swift has made her directorial debut with her new music video titled ‘The Man’. 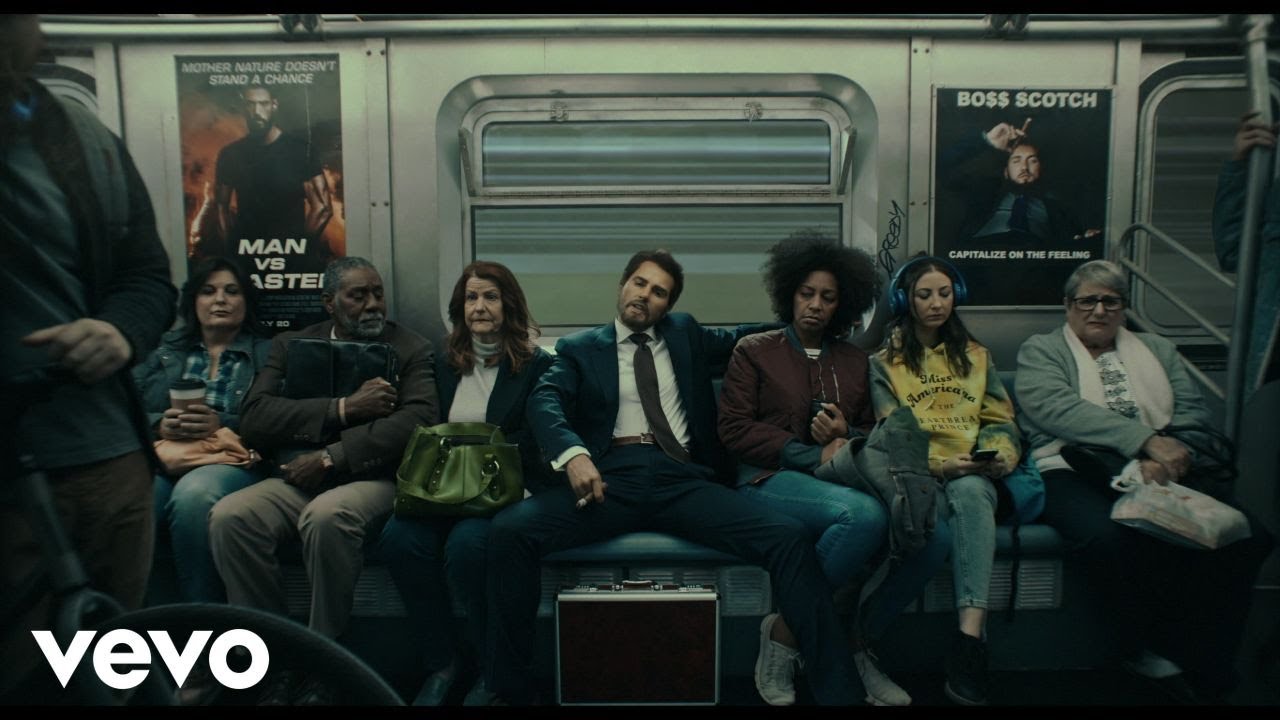 In her documentary, she opened up a side of her life the public may not know about. One of the most notable was her overwhelming desire to speak publicly about her political views when no one would let her. Everyone knows if you’re a young and pretty pop star, you’re not allowed to have public opinions!

The political belief she’s most passionate about is gender equality. In ‘The Man’, the chorus repeatedly sings “if I were a man // then I’d be the man.” With a song like this, it only makes sense to have a music video to match her shady tone.

The video is filled with iconic scenes and symbolism that she feels show how men thrive in society no matter how obnoxious they behave. A parts few even recreate things she has experienced personally, and wants everyone to know it.

Let’s have a look at some of the symbolism Swift weaves through her video: 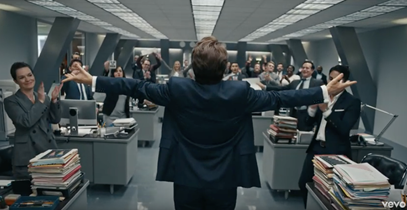 Similar to Leonardo DiCaprio’s character from Wolf of Wall Street, this video starts off with The Man (Swift in male drag) walking through the office yelling and riling people up. Following this scene of what seems to be him doing nothing and getting praise, he turns to wink at the camera. *squirms* 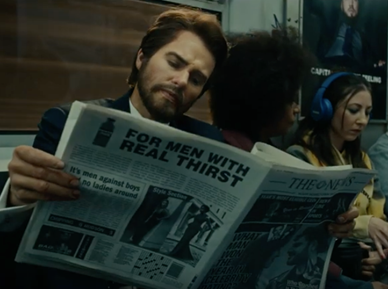 This shot didn’t exactly shy away from throwing shade. The graffiti on the walls are Swift’s albums, surrounding a sign saying no scooters. This is a nod to her feud with music manager and producer Scooter Braun, whom she accused of being a bully and withholding her own music from her, hence the sign to the left saying ‘If found, return to Taylor Swift.’ Oh, and he’s publicly peeing in the subway. Nice. 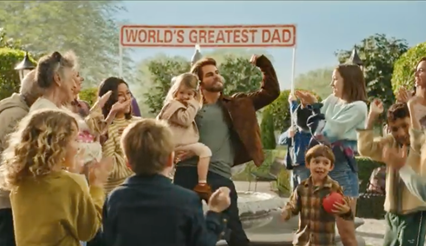 If you watch the full video, there are one too many scenes where The Man is being anything but paternal. This is the one and only section of the video where a child is involved, and he hardly gives it the time of day as he answers the phone and checks other moms out. Yet, because he’s a single dad, all he has to do is pick his daughter up and the seemingly single moms surround him and go nuts. Double standards, amirite? 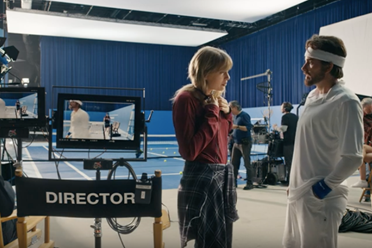 After all of the dramatics portrayed throughout the music video, the ending takes the cake. After throwing a major temper tantrum and putting on a show, The Man walks off and asks his director how she thought his performance went. Her iconic reply? “Could you try to be sexier? Maybe a bit more likable?” This is no doubt an example of how she has been treated during her music or photo shoots, as she briefly touched upon in her documentary. And what does she say to the female who stood and did nothing? “By the way excellent work over there, that was astonishing.” Boom, mic drop.