In A World Without Sports, What Will We Watch While #SocialDistancing?

As you have most likely heard, a virus by the name of COVID-19 has taken the world by storm and shows no signs of slowing down any time soon.

The virus reportedly originated in Wuhan, China, where it quickly became a national crisis. While new cases begin to drop in China, the virus has found new hotspots in South Korea, Iran, and Italy. As the virus continues to spread uncontrollably, the World Health Organization was left with no alternative but to declare the current situation a global pandemic.

China has already put cities under quarantine for many weeks, and Italy reluctantly replicated these measures after recording an alarming number of cases in a short period of time.

As the virus continued to make appearances in countries all over the world, people everywhere started to panic at the prospect of a lockdown in their hometown. Grocery stores were overrun by frantic shoppers looking to stock up on essentials, such as canned goods and…toilet paper?

The pandemic really hit home for many, when the NBA, NHL, MLS, and even the NCAA canceled or postponed games to help curb the rising number of cases in North America. Who would’ve imagined a March without March Madness?

As the #socialdistancing initiative continues to grow, with the aim to #FlattenTheCurve, many are finding themselves stuck at home with nothing to do. They’ve sheltered themselves from one viral disease, only to be met with the bane of human existence: boredom.

To these heroes, we say thank you. Thank you for making the personal sacrifice to forgo your immediate satisfaction to ensure a safer home for those who aren’t as likely to defeat this new disease. Thank you for not hoarding every last item in the grocery store, and buying only what you need. Thank you, for being a real one.

But there’s not much you can do with a thank you, other than feeling good about yourself for five seconds then returning to stare at the mark on the wall for another 30 minutes. Instead of staring at your paint that’s already dry, we’ve come up with some boredom busters that will get you through any quarantine.

No sports, no problem.

Let’s start off with something a bit thematic. Directed by Steven Soderbergh, Contagion could be the perfect movie to showcase the importance of what we are dealing with.

Correction, Contagion is perfect for reminding us exactly what we’re not dealing with.

Sure, there are some similarities. Both COVID-19 and the fictional MEV-1 originated from animals and originated in China/Hong Kong. And that’s about it. While there is no vaccine for COVID-19, it is not terrorizing the world to the extent of MEV-1, and it isn’t uncontrollably killing millions of people.

While WHO has declared the COVID-19 outbreak a pandemic, they’ve said it’s still a controllable situation. So why are you hiding at home and why does it feel like half the world has stopped moving? Because that is how you control the spread. Less social interactions equals less transmissions of the virus which equals a reduced number of infected patients who will need medical services.

That’s right, unlike the movie, it’s not every person for themselves and you don’t need to pillage the market village in order to keep your family safe (that includes hoarding all the toilet paper and hand sanitizers).

2. Lord of the Rings

Lord of the Rings will probably always stay as a timeless classic. And that’s just it, no one has the time to actually watch them all.

With the three movies each running over three hours, and an unimaginable extended edition lengthening one of the films to over four hours, it’s no wonder people find it a struggle to squeeze the movie into their regular routines.

Well, now that we may have all the time in the world on our hands we may as well do it the right way!

If you want to experience the whole thing, you might as well throw the Hobbit series in for good measure.

Who wouldn’t want to know what lead up to that final epic battle?

Dr. Who, a mysterious man who fights mysterious evil using his mysterious inter-dimensional telephone booth. If he can survive the diseases commonly found in a phone booth, he can sure get us through whatever we’re going through now.

After all, we’re not sure how long we’ll be distancing ourselves for so might as well prep for the long game. If you already started the show already, than you’re probably taking this time to catch up anyways. But if you’ve never watched the show a day in your life, then my oh my, is this time as good as any. With First Doctor making his appearance back in 1963, you’ll have over 50 years of television history to catch up on.

You don’t become the longest-running sci-fi T.V. show in the world for nothing. Plus, seeing this Doctor beats having to visit a real doctor.

If what we have so far may only last you a month, you may be ready to step into some experimental territories.

Even though this movie is not out yet, you might be able to just finish its trailer before it comes out anyway. This 30 days long movie, yes 720 hours, is set to be released on December 31, 2020, and the movie will be destroyed after its initial screening. Director Anders Weberg describes his movie as “the longest film made that doesn’t exist”.

Rumors claim that the ones who watch the trailer without stopping will be getting free popcorn during the global screening. Just kidding, but what do you have to lose anyways. Oh, and the trailer is 7 hours long. Yes, hours.

And as the cherry on top, the longest-running soap opera on TV. Featuring more than 14,000 episodes at its disposal, General Hospital has it all. Crime, drama, some romance, maybe a slice of comedy. You name it, it has it.

This ever-busy hospital may even hold some secrets that could light our path. I mean they have been in the business for more than 50 years so they must have seen things.

Sure beats visiting a real hospital. Yeah, we reused the joke but it works.

6. Malazan Book of the Fallen 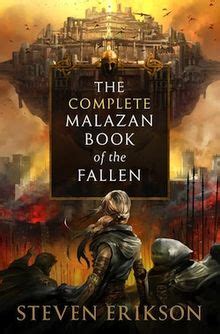 If real life is too much for you right now and rotting your cornea away staring at a screen sounds like not so much of a bright idea, maybe a good long book is the escape you’re looking for.

With each book averaging around 1000 pages filled with the masterwork of imagination, you may find yourself lost both in time and the complex universe of the series.

Since each book of this series is quite large and getting them delivered may be a problem these days, buying the complete ebook version may be the best call. Kind of takes away from saving your cornea but oh well.