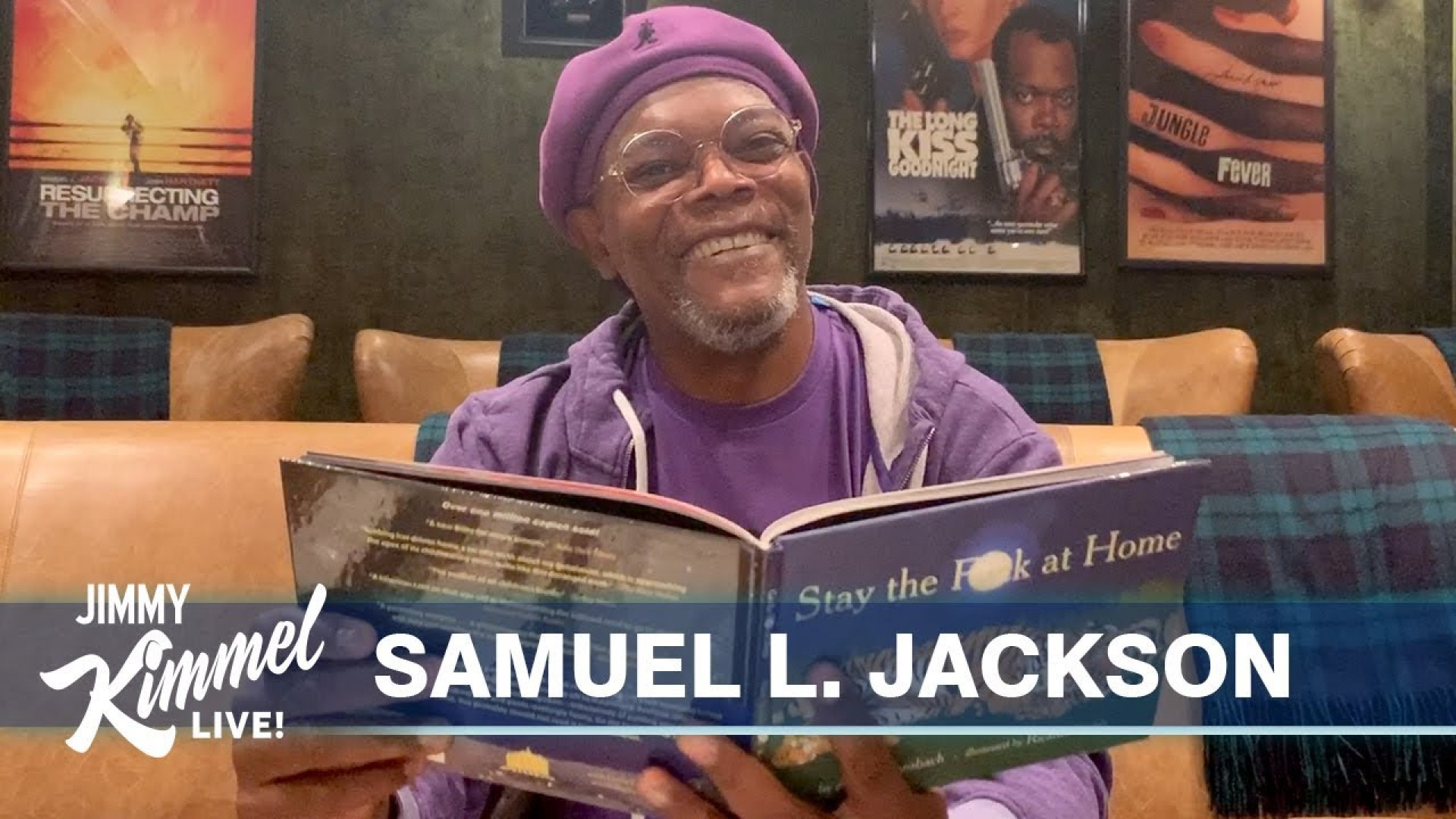 If you won’t listen to the professional, here’s one man no one can deny.

Just. stay. home. We see it on the news, we read it the paper, and we hear it from just about everyone. It’s become the most important phrase throughout this pandemic, urged by healthcare professionals in order to stop the virus from spreading and keep everyone healthy.

Seeing it in the media and social media accounts alike emphasize the seriousness of the pandemic. Celebrities take to Instagram to promote staying at home, news correspondents report from their homes, even late night talk show hosts are broadcasting from the comfort of their abodes. All of it is being done to persuade you to stay home and take this seriously, but nothing feels quite as serious as being told by Samuel L. Jackson—in the form of a poem.

“The ‘rona is spreading, this sh*t is no joke–it’s no time to work or roam,” he read, “The way you can fight it is simple, my friends: stay the f*ck at home.” (taken from video)

Monday night, Jackson was a virtual guest on Jimmy Kimmel, reciting a poem from the book ‘Stay the F*ck at Home’ written by Adam Mansbach. Several years ago, Jackson narrated Mansbach’s original story titled ‘Go the F*ck to Sleep’ which became immensely popular, so it was only fitting for the two to collaborate again to educate the world in a blunt and direct way.

Jackson explained to Kimmel that now is the perfect time to introduce a sequel to Mansbach’s original book to educate the world on the safety precautions of this pandemic. “[He wanted] to do something to kind of remind people of social distancing and where we are in these times now,” he explained via webcam to Kimmel, “so he wrote it, I read it, and we want to present it to the public.

The poem contains some pretty explicit instructions from Jackson, with some of the best rhymes being ‘If you want things to get back to normal, don’t panic, just use your dome. Wash your hands, stop touching your face and stay the f*ck at home,’ and ‘Now, technically, I’m not a doctor. But, motherf*cker, listen when I read a poem. So, here I am, Sam f*ckin’ Jackson, imploring you, keep your ass at home.’ If we’re honest, though, the whole thing is a work of art.

So, we’ll continue to be told by the media and social influencers alike how beneficial staying at home during this time will turn out to be. But something Samuel Jackson and the delivery of this poem really makes you want to do what he says and really just stay the f*ck at home.