Toosie Sliding Through The Most Unbelievable Rooms In Drake's Mansion

Let’s all vicariously lock ourselves into Drake’s home for a moment, shall we.

If you’re up to date on the music industry, last week Drake released his new hit ‘Toosie Slide’ accompanied by the music video. The video features Drake sporting a face mask and gloves as he dances around his Toronto mansion. The dance—which involves nothing but moving your feet right or left and then sliding in said direction—has quickly become TikTok’s new must-learn dance. Let’s just say it doesn’t look like you need much practice. 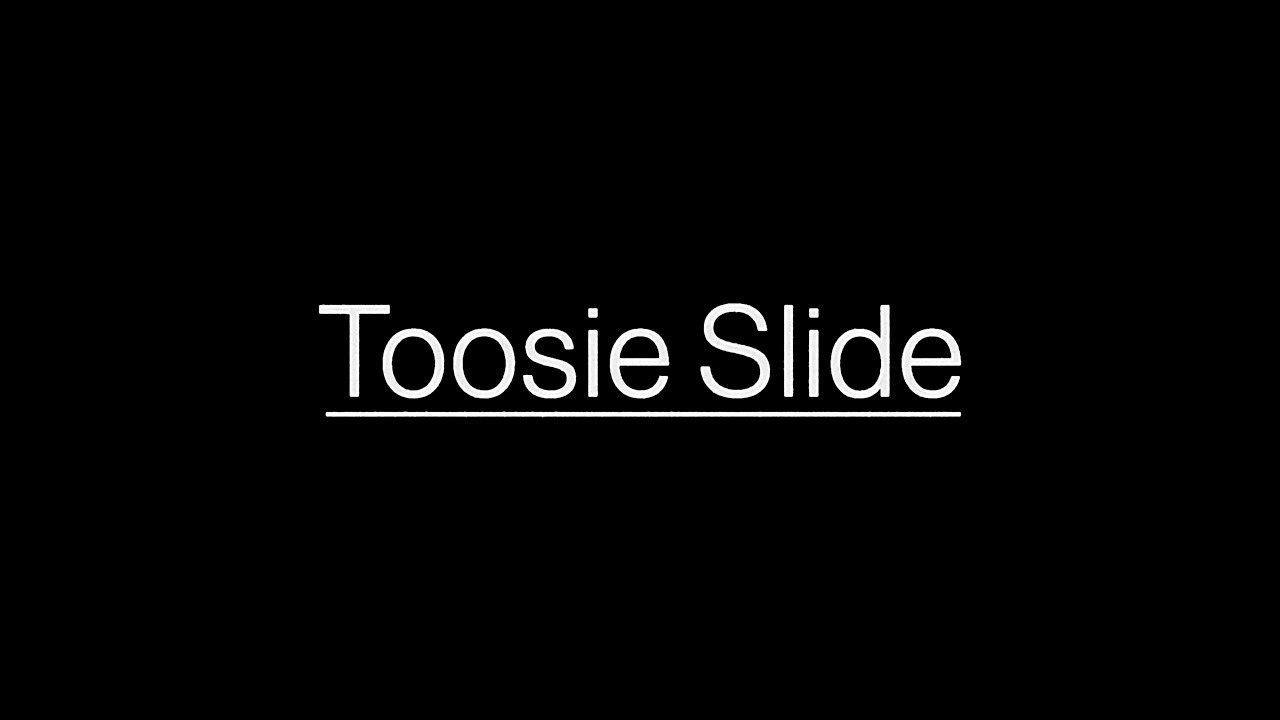 Apart from the catchy lyrics and simple dance moves, one thing stood out above the rest: the house. As he dances from room to room, it’s impossible not to take notice of the extravagance that fills his sky-high ceilings. Designed by Canadian architectural and interior designer Ferris Rafauli, Drake’s reasoning for such an impressive estate is that he wanted the house to be built “timeless and strong,” and “stand firm for 100 years.” Based on the amount of marble he has in that kitchen, it doesn’t look like it’s going anywhere.

Watching the video and reading articles online really gives us a look at where he spends his time when visiting his hometown, but it’s easy to find yourself thinking ‘jeez Drake, what else could you possibly buy?’ Every room he walks through is filled with custom pieces or an expensive stone floor, but let’s take a look at some of the most extravagant rooms he shares that most of us will find unimaginable. 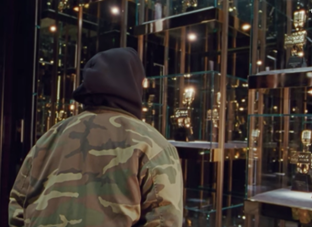 Within the first 40 seconds of the video, we’re greeted by Drake walking through the room that houses all the achievements he’s had in his career—the awards. From Grammys to MTV Music Awards, it feels like we’re in a museum rather than a house. 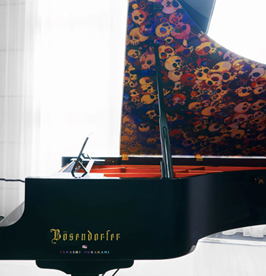 Sure Drake’s ‘great room’ is filled with your usual expensive furniture and lighting fixtures, but what really ties the whole room together is this grand piano. Designed by his interior designer Ferris Rafauli and Japanese contemporary artist Takashi Murakami, this custom piece outshines any other piano in the game. 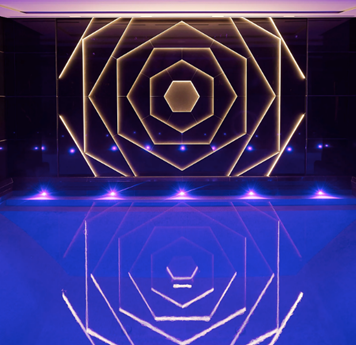 Halfway through his music video, Drake casually slides into his massive pool room. Not the game pool, but an actual swimming pool—and one that’s made from black granite and interchangeable atmosphere lighting. So, pretty cheap. 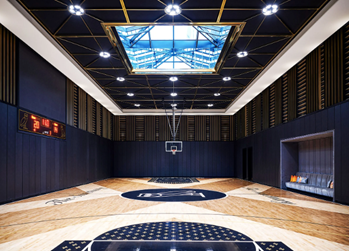 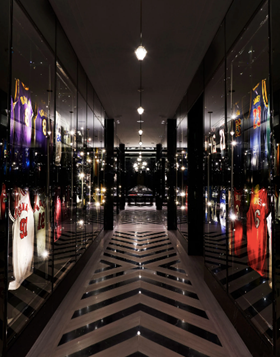 What else could you need to compliment your basketball court other than your own collection of jerseys? Displayed similar to his awards in a glass case, the uniforms of former basketball legends line his hallway for daily personal admiration. 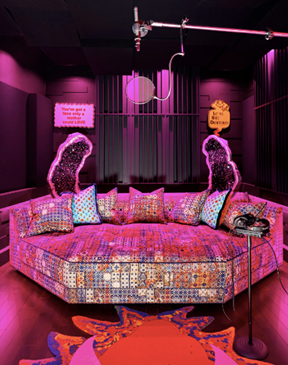 The most important room to any recording artist: a personal recording studio. The custom daybed, giant crystals, and pink lighting offers nothing but good vibes while he works on his next album (we hope!) 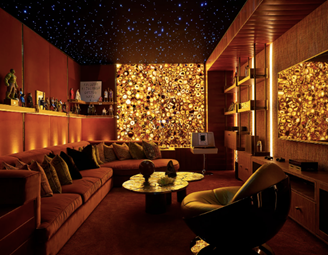 After a long day of recording with your team, you all need a place to relax. Just outside the studio is the studio lounge, with the star of the show being the bright yellow backlit panel of agate semi-precious stone.