If anyone is vocal about their views, it’s a celeb. They have a massive platform, and when they deeply care for something that’s important to them, they’re going to say it and encourage us to do the same. As the years have gone on, it seems like more people have come forward to share their views, and the messages have gotten stronger.

Specifically in the latter half of the decade, but most definitely in 2020.

A lot has happened this year, which has pushed us all to be a little more vocal about our opinions. Politics, public health, environmental health—you name it, people have a strong opinion about it. Since normal folk like you and me don’t have the most influence when telling people, famous people have to do that for us. And lately, that’s exactly what they’re doing.

In an unorthodox approach, but entertaining nonetheless.

It all started a few days ago when our beloved Captain America, Chris Evans, posted a photo to his Instagram account that happened to accidentally include an image that was a bit more…private; but you could say he handled it like a Captain…

He immediately deleted it, but as the internet is forever, it spread rapidly. Since Chris Evans is, well, Chris Evans, he addressed it with nothing but comedic relief.

In his tweet addressing the embarrassing situation, he didn’t deny it or condemn it, but instead encouraged people to exercise their right to vote. Well said, Captain.

He wasn’t the only celeb urging people to vote. Samuel Jackson also got in on it, offering people an expletive video of him swearing in 15 languages in return for 2,500 people signing up to vote through a link he tweeted prior. Obviously this was not something people wanted to pass up, and when they delivered, it was only fair he followed through on his promise.

“Alright, pass this on, make sure you get other people to register to vote and make sure you go out and vote too,” he concluded. I mean really, does anyone swear better than Samuel Jackson?

Finally we have fellow millennial Paul Rudd. In an iconic video posted earlier this week by the State of New York, Rudd encourages young people to ‘wear their damn mask’ through hip, cringe-worthy lingo that I’m not sure I even understand, and I’m a millennial myself. 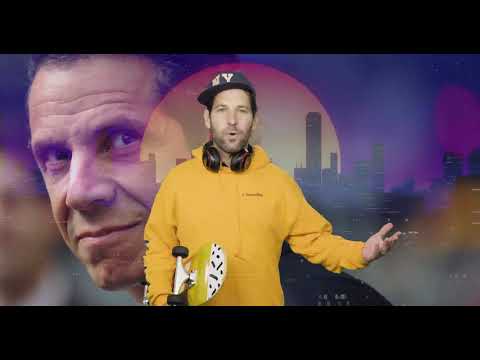 Celebrities encourage us to do what’s right for the world every day in thousands of ways, but these are a few that really take the cake for getting their message across. Now don’t just stand there, take action—register to vote, and for the love of god, wear your mask!