Dorothy’s Sure Learned To Be Resourceful While In Oz

How far would you go to reach your beloved fans?

Update: The original tweets have since been deleted. Luckily we were able to save screenshots.

Our young Dorothy sure has some heart, courage, and some cunning brains to maneuver around her oppressive mother to reach the freedom of the interweb. After having her phone taken away by her mother, for what we could only assume is using Twitter too much, Dorothy aka @thankunext327 had to get creative. 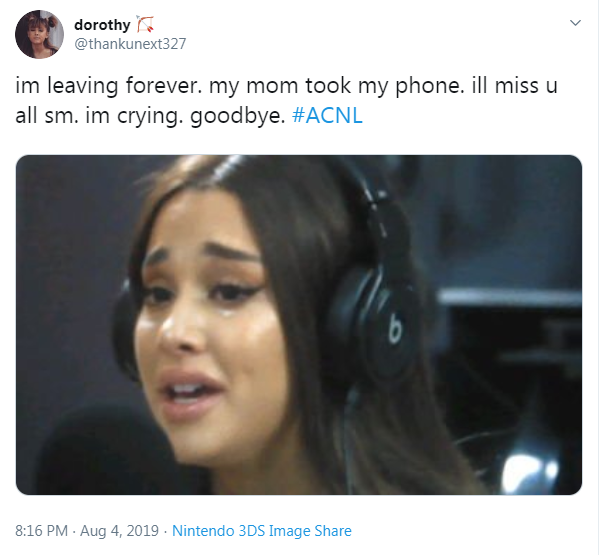 To make sure her then 500 followers weren’t worried about her lack of presence in the Twitter-sphere,  she sent out a final goodbye from her Nintendo DS. She severely underestimated her mother’s capabilities, as her mother soon discovered Dorothy was still active on twitter, and swiftly added the DS to the confiscated pile of goodies. You might start to think Dorothy’s mom might be an elementary teacher for her proneness to confiscate fun. 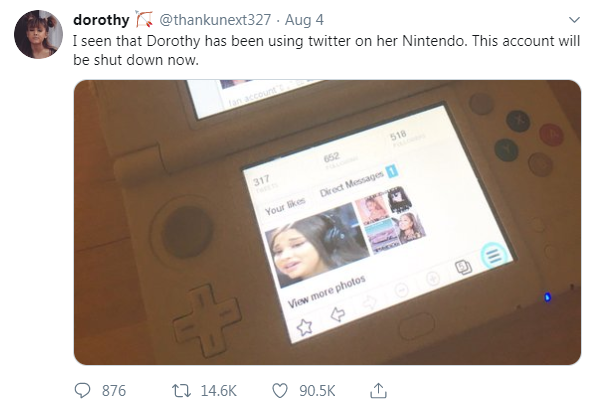 But Dorothy wasn’t done. While her mother was away at work, Dorothy managed to send a tweet from her WiiU alerting her fans she was on the hunt to liberate herself from her unjust punishment. Somewhat successfully, she manages to retrieve her DS and heads to her friends’ home to escape her tyrannical mother. 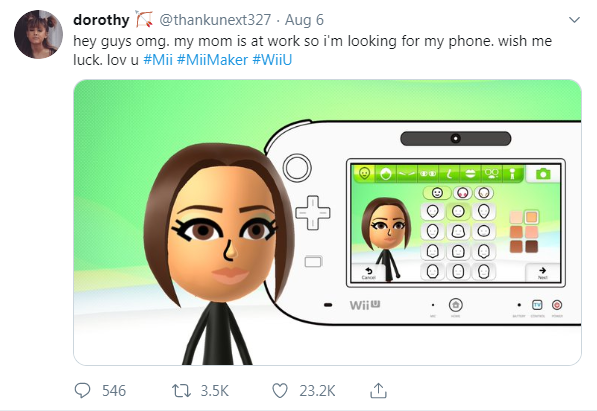 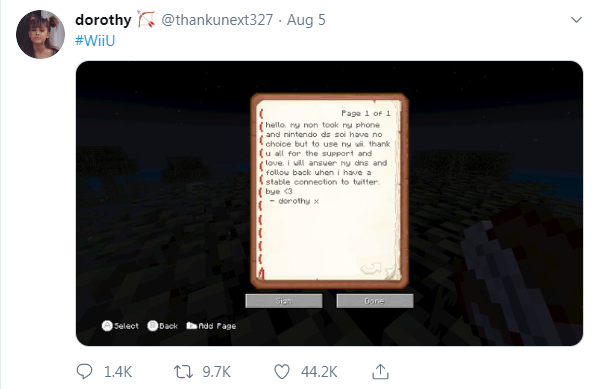 Unfortunately, two days later, we find that Dorothy has once again become shackled, losing her electronics once more. But there’s one device mom can’t hide, even if she wanted to; her smart fridge. That’s correct, Dorothy managed to send a tweet from her refrigerator. The electric food closest is so advanced, it not only connects to the internet to keep an active inventory of the items in the fridge, but it also connects to social media, because who doesn’t want to tweet about being out of cheese.

Well, that last tweet was all Dorothy needed. Her detention from social media inadvertently propelled her to icon status, as even LG had to get involved to #FreeDorothy. Below are some of the best tweets amassing support to Free Dorothy.

4. Bet You Thought Dorothy Was Done

Dorothy to her mom when she uses her nokia brick to use twitter #FreeDorothy pic.twitter.com/PqbrGmDybU

7. By Any Means Necessary

8. We Doubt Global Fame Was Part Of The Punishment

9. STEM Is Always The Answer

I don't think we should #FreeDorothy but I do think she should enroll in a STEM program. 👩‍🔬👩‍🚀🥇⚗🧪🧫🧬#innovation
(she's prolly grounded for good reason… I mean, she's a terrible listener, clearly.)

Listen to your parents, they know better.