Georgia Teens Don't Need To Take Driving Test To Get License. What Could Possibly Go Wrong?

Oh so many things could go so terribly wrong.

The month is still young and it already hasn’t been good for people on the road.

A five-year-old boy from Utah was pulled over earlier this week in an attempt to drive to California and purchase a Lamborghini.

Traveling at only 32mph in a 75mph zone, the boy managed to pull over so that the officer, when realizing it was a child, could help him put the car into park and turn it off. Luckily the boy only made it a few miles from home, but if there’s one important lesson he’s learned that he’ll carry throughout life, it’s that Utah also sells Lamborghini’s. And that they’re not exactly what you would call cheap.

“He was determined to go get a Lamborghini with the money he had in his wallet,” the officer said, “[but] he might have been short on the purchase amount, as he only had $3 dollars in his wallet.”

This event follows news from last week that Georgia has lifted—albeit temporarily—their requirement for teens to take a driving test in order to get their licenses. Yet another reason you should be staying home, Georgia residents.

Governor Brian Kemp signed an executive order that waives the driving test requirement in the license obtaining process until at least June 12th. The meaning of this action is to continue the social distancing process in the state, but I can’t help but wonder if it’s slightly more dangerous than not social distancing at all.

That doesn’t mean that teens can just grab the keys and hop in the car willy-nilly, though. The Georgia Department of Driver Services now requires teenagers to complete 40 driving hours with a parent or guardian, who must first give permission to the teen between 16 and 18 years old to complete the application. They must also have had a learners permit for at least one year with no violations, and complete a knowledge exam.

From a confident five-year-old boy to Georgia’s new driving test requirements, safety on the roads is starting to look worrisome. Here’s a list of some hilarious examples of what could potentially go wrong with these types of drivers (we hope not, of course).

A Smelly Hit And Run

A Spot With A View 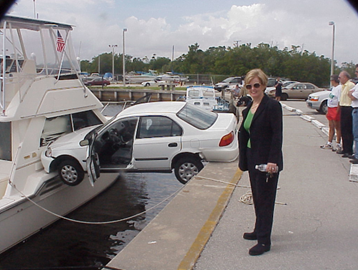 A park job like this deserves some credit. When’s the last time you pulled something like this off? Exactly.

A Car Hits A Sign…Which Hits A Person

You think it’s all gone wrong until it goes wrong…again.

Don’t worry, sir. You barely grazed it. That’ll buff right out. Your mom will never notice.

Prime example of what happens when you passed the theory but never passed a driving test. We’re sure the judge would agree that was a yield sign; not that it counts for anything at this point. 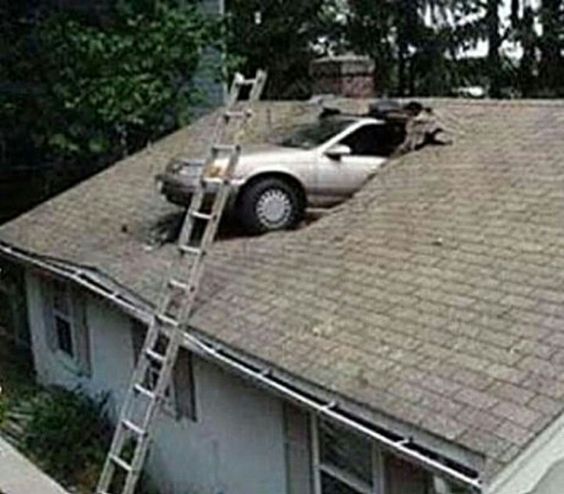 I don’t quite know how they did it, but they sure did it. Might need a bigger ladder to get that down, though…

Unfortunately, that is not how drive-thru works, and no, it doesn’t count as in-store pick-up either. At this point, don’t even bother paying for it. Just tell them to add it to the rest of the expenses.

A Little Too Much Freedom On The Freeway

A gorgeous sunny day, a semi-open road, a nice car packed with all your best friends, and not a smidgen of driving ability. It takes more than just turning a wheel and making the car go vroom to drive a car, kiddo, but we think you understand that now.

If You Thought The Open Road Was The Only Problem

To be fair, the blue car actually started decently. For one, it’s the only car actually parked within the lines. We’re assuming someone else parked the car, because that’s where all the good notes end.

In Case Of Highly Likely Accident, Here's What Not To Do

Please, for the love of God and all that is good in the world, don’t make a TikTok while you’re still trapped inside a crumpled remnants of a car.