Enes Kanter Weighs In On LeBron's Criticism of Morey

This goes far beyond the lines of a basketball court

Lebron James recently made some controversial comments in regards to the Daryl Morey tweet that got the NBA steeped in some hot water over in China.

“Yes, we all do have freedom of speech but at times there are ramifications for the negative that can happen when you’re not thinking about others and you’re only thinking about yourself,” said Lebron.

It’s an interesting angle taken by James, who has been praised, and scorned, in the media for his outspoken nature concerning social justice issues. Whether it be his I PROMISE School in Akron, Ohio for at-risk youth, or his EQUALITY sneakers, or wearing an “I can’t breathe” shirt during warmups, LeBron has rarely been shy about voicing his criticism and concern over issues in our society.

Why, then, has LeBron downplayed the underlying issue behind Morey’s tweet and instead suggested that Morey should have refrained from commenting at all?

The underlying issue being the social unrest in Hong Kong that started more than 18 weeks ago, over a proposed extradition bill that has now been thrown out. Despite the bill’s death, protests continue as the citizens of Hong Kong voice their desire for more democratic freedoms. Freedoms such as free speech, which they now experience but would lose if Hong Kong were to lose more autonomy to China’s communist government.

One would have assumed that LeBron, if he was to voice his opinion at all, would have showed support, or at least praise, for Morey’s bold tweet. Instead, LeBron’s comments seemed to debase Morey’s tweet as “uneducated” and “misinformed.”

“I don’t believe he was educated on the situation at hand and he spoke. So many people could have been harmed, not only financially, but physically, emotionally, spiritually. So just be careful what we tweet, and we say, what we do, even though, yes, we do have freedom of speech but there can be a lot of negative that comes with that too,” said James.

It’s interesting that LeBron’s first notion of harm is financial, followed by the enlightening emotional and spiritual harm. Let’s not forget physical. He’s definitely right about that. Free speech can land you in a world of hurt. Just ask the protestors who were savagely beaten on the subway, while police were nowhere to be found to help.

To be fair, LeBron isn’t the only one to cower to the pressures of financial harm. Many corporations have dialed it down with their opinions of the Hong Kong protests, pulling clothing lines, removing shoes from contents, and even banning players for their comments.

Kanter’s criticism of LeBron’s comments comes from a very personal space. For the past five years, Kanter has been forcibly estranged from his family, who remains in Turkey. The Turkish government revoked his passport and had placed his name on Interpol’s Red Notice list, stranding him in America.

All because he was, and continues to be a vocal opponent of Turkey’s leader, Recep Tayyip Erdoğan. Kanter is highly critical of Erdogan, who he convicts of being this generation’s Hitler.

“FREEDOM IS NOT FREE” tweets Enes, who lists the consequences of his unreserved criticism of the Turkish government. A price he is willing to pay to bring better days to his country. A similar plight to that of which the citizens of Hong Kong wish to overcome, as well.

Just days earlier, Kanter published a piece in the Boston Globe about continuing to voice his displeasure with the Turkish government. It should be noted that while the political climate in Turkey intensifies with their invasion of Syria, the league has been quiet in regards to Kanter’s criticism. A stark contrast to their reaction to Morey’s tweet about a political situation that is much less deadly than what is going on in Syria.

Could it be because the league has no major business dealing in Turkey and Syria, or was it simply because some beloved Chinese fans voiced their discontent over the tweet and the league issued an apology, just to keep everyone smiling?

We’ll withhold any further comment so as to not upset any government and have our site banned from their internet.

In the interest of ensuring words are not taken out of context, you may listen to LeBron’s full interview below. 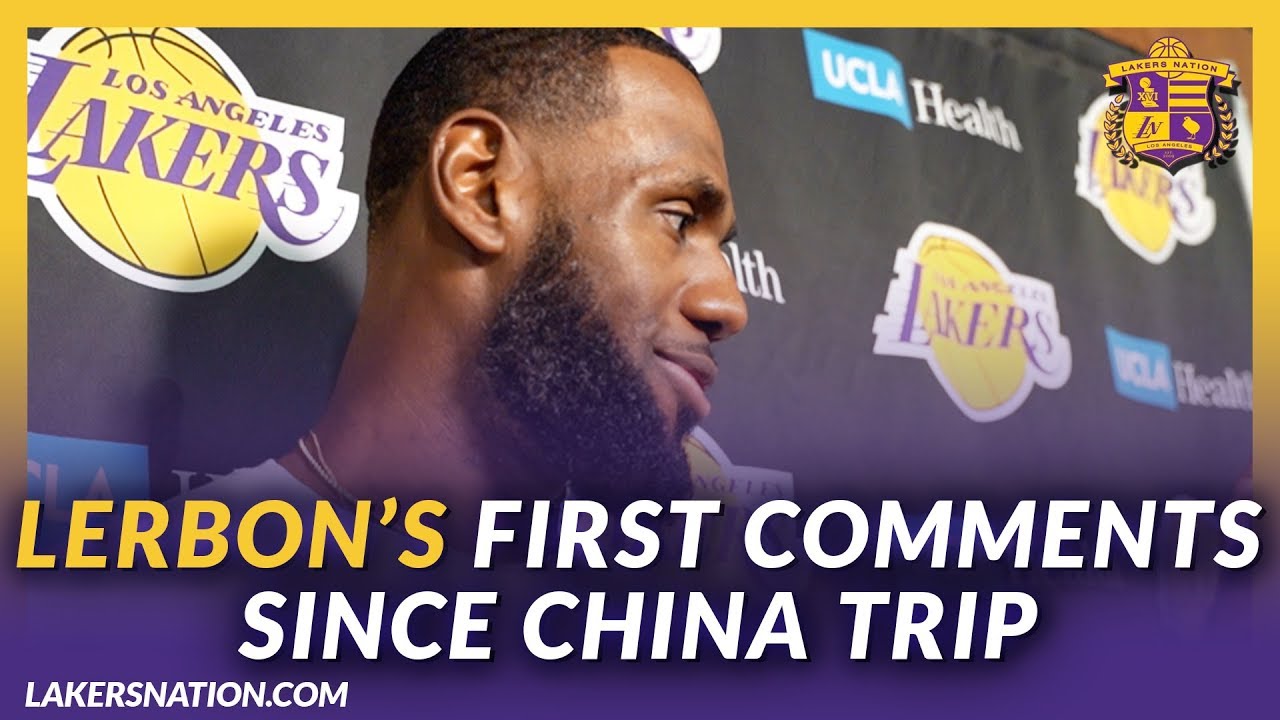