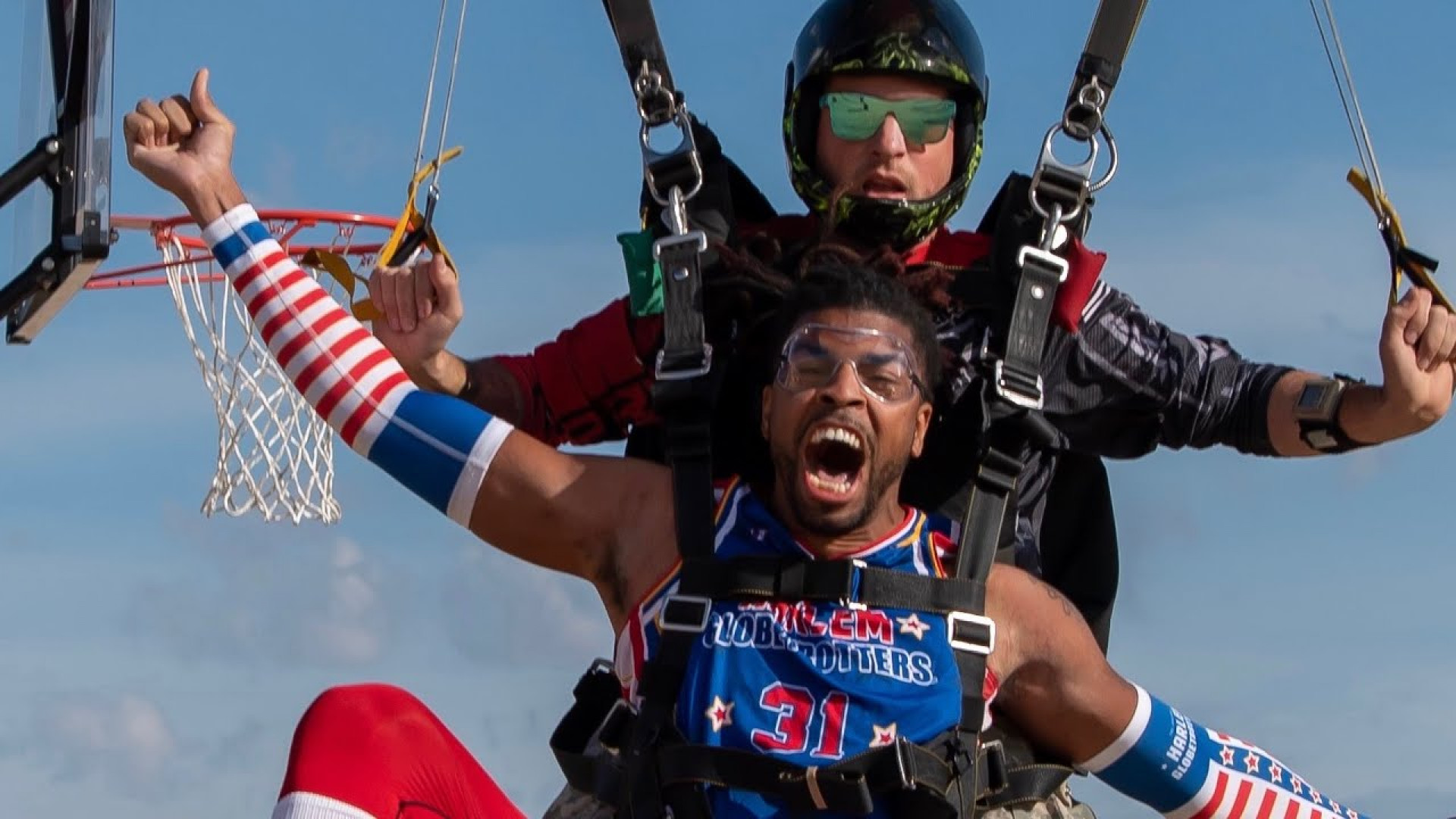 Talk about going above and beyond.

The Harlem Globetrotters are more than well-known for their on-court basketball antics.

Since their evolution into the theatrics, in the 1940s, the Globetrotters have been putting on shows all across the world. Their pinpoint passes, puppeteer-like ball handling, and precisely coordinated routines have entertained countless crowds of all ages.

While the team has increasingly dived deeper into entertainment, over actual competitive play, the athletes involved are in every way, still athletes. As athletes, they are able to perform incredible on-court skills like shooting miracle shots and slamming powerful dunks.

Sometimes, they take it to a whole other level. On their self-proclaimed World Trick Shot Day, the Globetrotters like to show the world what they’re truly capable of. And boy are they capable.

Last year, they set the bar toweringly high, dunking the ball after leaping off of the Stratosphere, in Las Vegas. 855 feet from the ground, to be exact.

While that may seem impressive, they’ve already been outdone in just one year. And they were outdone by none other than themselves.

Diving out of a plane soaring 13000 feet in the sky, Hammer Harrison completed the highest slam dunk ever.

The audacious attempt was seemingly completed on their first try, or so we hope. That is not a take you want to redo, for so many reasons. Thankfully, they slam it home and land safely.

That just leaves one question, then. Does sky dunking become a new extreme sport after this?