A contract doesn’t determine who your brothers are.

Things get a little complicated, say when the team you are now contracted to, is not the team you’re currently playing for. Such a predicament is where a Yasiel Puig found himself near the end of a regulation game between the Pittsburg Pirates and his former team, Cincinnati Reds.

Puig was traded in the middle of a July 31st game against the Pittsburg Pirates. At this point, Puig is no longer a Reds player, having been traded to the Cleveland Indians. Therefore, he no longer has any obligations to his teammates or front-office, unbeknownst to him.

Now, baseball might be a slow game, but that doesn’t stop heads from getting heated. There’s been animosity between the two teams all season long. Earlier in the season, another game between the two teams started to go a little array early in the 4th, when Pirates pitcher Chris Archer whipped the ball precariously close to Derek Dietrich. This caused both benches to clear and many punches to be thrown. That fight can be seen in the video below.

Fast forward to July 31, and the Red’s are taking a beating, down 11-2. Reds pitcher Amir Garrett has enough of the chirping coming from the Pirates dugout after he giving up a 3-run homer in the ninth. Garrett rushes the dugout, causing both benches to clear again.

This is where Puig’s interesting predicament begins. At this point, he is no longer a Reds player. Regardless, he is seen charging the scrum of players, ready to pummel some pirates. Puig was, in fact, a large proponent of the overall scuffle, having to be restrained by former teammates as he went after any Pirate who seemed to talk too much.

Whether Puig knew he was traded or not, there’s something to be said about a player’s dedication to his teammates. We’re not sure Cleveland feels as enthusiastic about their new player/mixed martial artist, but it can be said that they got a great teammate in the trade.

The recent incident can be seen below, with commentary from YouTuber JomBoy Media. 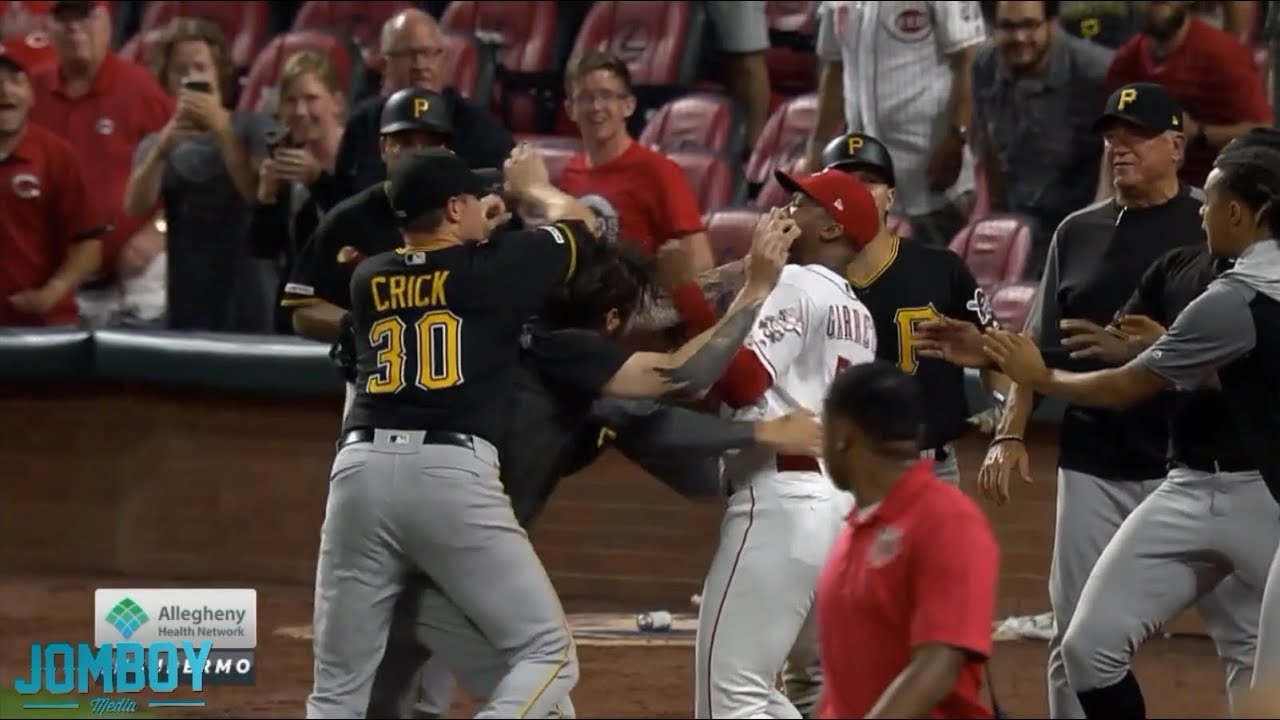