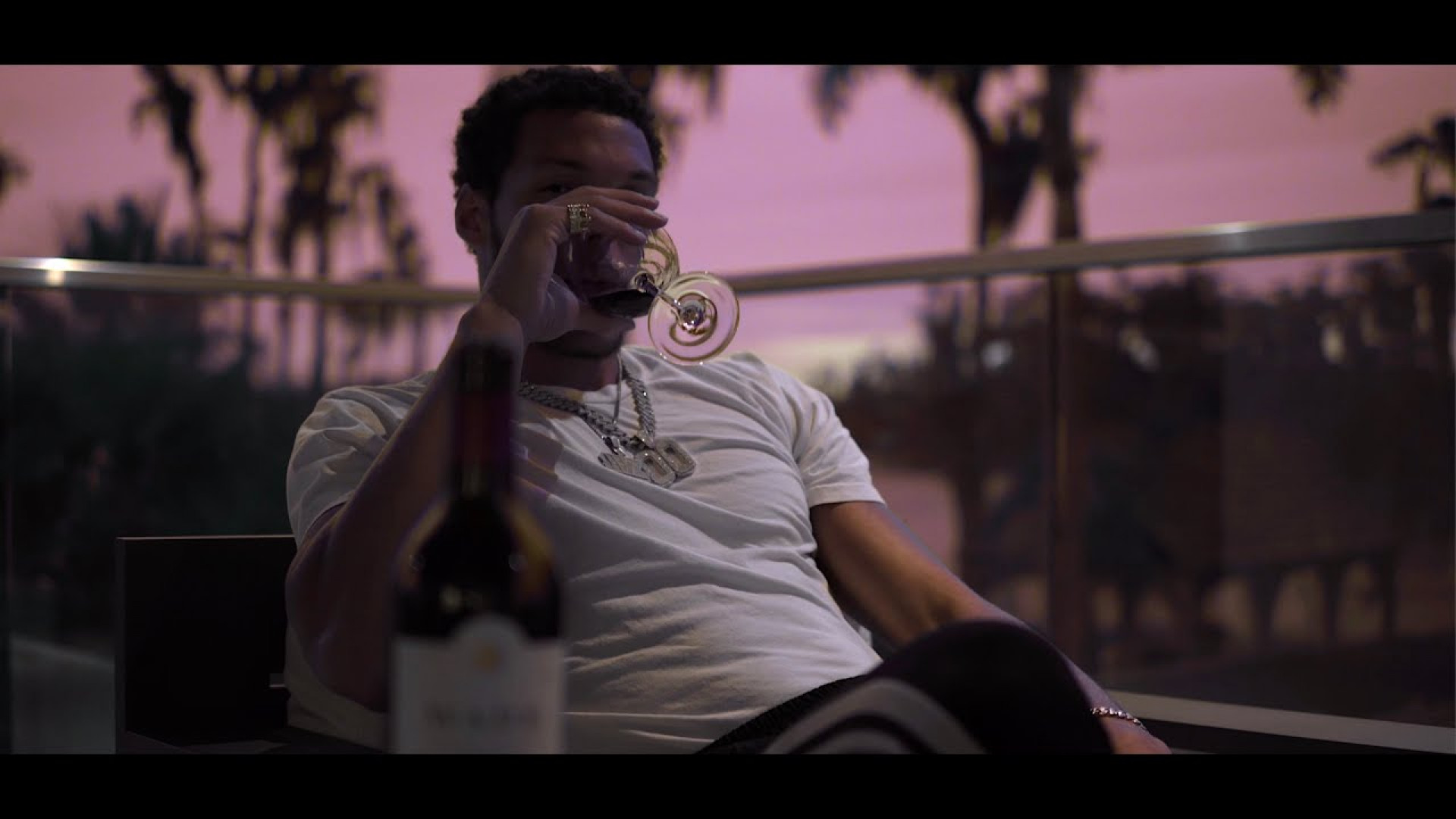 The Orlando Magic were sitting pretty as the eight seed when the 2020 NBA season was suspended. There was even a possibility that they would overtake Brooklyn for seventh, setting up a potential rematch with the defending champions, the Toronto Raptors. Regardless, it was fairly certain the Magic would be making a trip to the 2020 Playoffs.

However, it was always uncertain whether or not Orlando would still be playing, at this point in the calendar. Their first-round exit last year was their first post-season appearance in seven years, which was preceded by consecutive first-round exits in 2011 and 2012. So, it was a plausible scenario that Aaron Gordon and his fellow teammates would be sitting in their homes with no basketball to look forward to for the next few months.

While that scenario has come true, it wasn’t a result of lackluster play. As we all know, there has been no play of any kind ever since the league indefinitely postponed the season on March 11th. That has left basketball players and fans, alike, to sit at home and watch old re-runs of highlights or mercifully digest the intensity of the ’98 Chicago Bull’s final championship run.

In light of a recent release, it appears that is exactly what Aaron Gordon has been doing. It has yet to be determined whether the highlights he’s been watching have been flashing across his home theater (which we confidently assume he has) or running endlessly in his mind, but it is all but certain that Gordon is still haunted by the upset at the 2020 All-Star Dunk Contest. 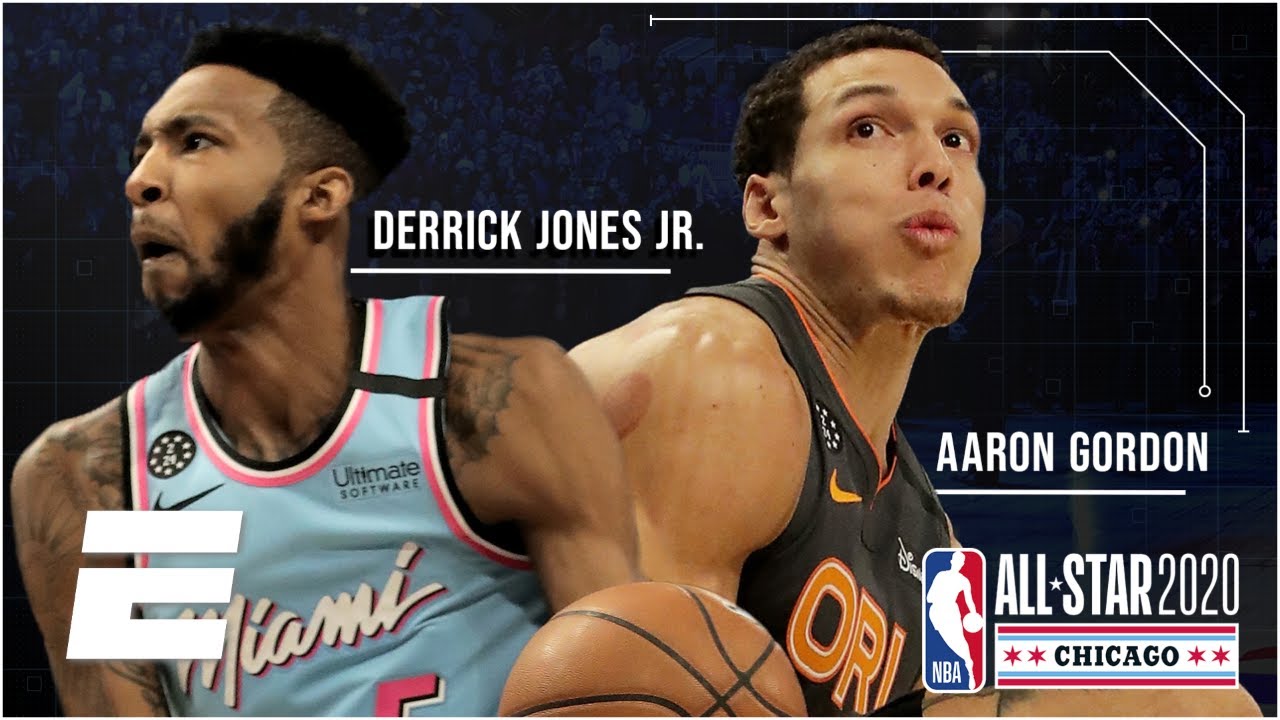 After putting on a relievingly thrilling battle against Miami’s Derrick Jones Jr., the writing was on the wall; Aaron Gordon will finally be crowned a dunk contest champion. Only, Miami legend Dwayne Wade, was having trouble reading was was sprawled across the wall.

Rightfully speaking, both Gordon and Jones Jr. put together a spectacular repertoire of dunks that would have easily won a dunk contest, if the other was not present. Evidently, both dunkers extended the contest to a two dunk dunk-off, after coming to a draw at the end of the final round.

After scoring 50’s on each of their first dunk-off slams, Jones Jr. scored a 48 on his second attempt, with a long-distance windmill from one foot inside the free-throw line. Needing a 49 or better to take the title, Gordon brought out the biggest, or should we say, tallest gun in the arena.

Standing at a listed height of 2.26 meters (7.4 feet), Tacko Fall is no small obstacle to hurdle. And that is exactly what Gordon knew he needed to do to seal the deal. His plan was perfect, but his execution was not so much so.

Just barely clearing the top of Tacko’s head wasn’t enough to impress the stringent judges, as the score cards displayed what would be a devastating disappointment to all: Common-10, Candace Parker-10, Chadwick Boseman-9, Scottie Pippen-9, and of course, the now-infamous Dwayne Wade also gave him a 9 out of 10.

What many, including Gordon, have failed to realize, is the “also.” After all, it wasn’t just D-Wade who gave Gordon a 9. Chadwick “Black Panther” Boseman and Scottie “Severely Underpaid” Pippen also scored the fan-favorite a measly 9, ultimately crowning Derrick Jones Jr. as the Dunk Contest champion. If either Boseman or Pippen were to score Gordons’s dunk one point higher, the contest would have continued.

How come the Hollywood superstar didn’t catch any flack for under-appreciating the aerial spectacle he had just witnessed? Without the help of CGI and some well-placed cables, the Black Panther actor would barely be able to jump over Kenny Smith, let alone Tacko Fall (it’s all love, Wakanda Forever). To be fair, Boseman also scored Jones Jr.’s final dunk a 9, so he at least had consistency on his side.

So what about Pippen? He scored Jones Jr.’s dunk a 10, just like D-Wade, and rebuffed Gordon’s dunk with a 9. While it can be assumed that most of the memers behind “Wade would give that a 9” are young (I hate myself for saying this) millennials who likely never watched Pippen in his prime, it’s highly unlikely they never heard murmurs of the greatness of Scottie Pippen, i.e. Michael Jordan’s greatest teammate. So, Pippen understands just how hard it is to do what he just saw and still ranked it lower than the previous dunk, yet no backlash.

That leaves only one theory for why Wade became the scapegoat behind Gordon’s destiny of Dunk Contest demise; Wade wanted his Miami Heat brother to win. Why else would he purposely score the final dunk of the night so painfully low?

Maybe, because he, as many other have also felt, that Gordon didn’t fully clear Tacko and that is why he didn’t deserve a perfect score. Of course, this is arguable to say the least, but definitely warranted. OR, and it’s a big or, it’s because someone didn’t understand basic rigging and messed up the final score.

During a segment of The Jump, Scottie Pippen admitted to the masses that the five judges intended to give the dunkers a tie but someone messed up the final scoring and they couldn’t make any changes once the scores were in. Of course, this slightly gives more air to the D-Wade helping his brethren theory but in the end, it was just a case of some really bad arithmetic.

What’s done is done, and if you have grief with what went down, the mature thing to do would have been meeting D-Wade, face to face over Instagram (social distancing, people, it’s a thing), and talking it all out. Wade even extended an invitation to Gordon to join him on IG Live for, what has become, a staple of lockdown entertainment, The Wine Down.

Gordon has yet to appear on the show but the topic of the Dunk Contest continues to be a prime subject, popping up again during the latest Wine Down Cookoff, with Steph Curry. So did Gordon just let it go and doesn’t want to bother talking about spilled milk? No.

Instead, Gordon let that little voice in his head that’s been growing louder in isolation finally take over any and all sense of rationality. Releasing a diss track on YouTube, Gordon airs out his grievances, even name-dropping Shaq for his role in the the unprecedented 2016 Dunk Contest upset. 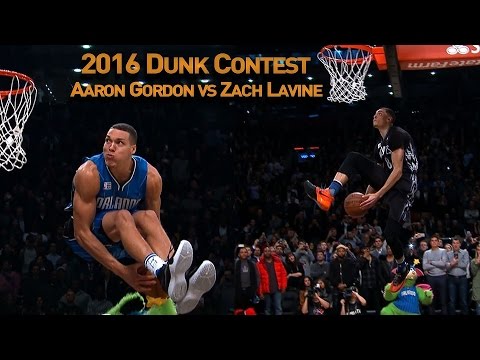 Without going into too much detail, the story is pretty much the same. Gordon and then-Minnesota Timberwolve’s Zach Lavine were putting on a show for the ages. Dunk after dunk, the two superhuman athletes were pulling off stunts we had never seen before. This legitimately should have ended in a tie…except it didn’t.

The moment Gordon references in his song came in the second round, when Shaq gave Gordon a 9 on a dunk that was actually an 11. There’s something that has to be said about former Miami players and their penchant for undervaluing dunks, but I digress.

Shaq’s reasoning was that in order to get a 10, you need to finish a dunk on your first attempt, which Gordon did not. That little snub didn’t stop Gordon from comfortably cruising into the final round, however.

After pushing the contest past regulation into it’s first ever dunk-off, Gordon would ultimately be upset again, but this time, there were no conniving judge; only a smug T-Mac, and a tired Dikembe Mutombo and George Gervin who couldn’t wait to get back to their hotels already.

Personally, this diss track should never have seen the light of day but hey, we all get a little bored in the house sometimes. If it was something that Gordon just had to do as part of his grieving process, than it should have at least been aimed at Tracy McGrady. Not only did he unjustly score a perfectly executed tomahawk double pump but he did a little dance right after, rubbing salt in the ever-burning wound.

Of course, that wouldn’t fit the narrative of the memes and after all, the memes are what make the world go round. Unfortunately for Gordon, Wade was wrong about one thing. Losing a dunk contest was something Aaron Gordon would be losing sleep over.