Little by little, establishments and businesses, in general, are starting to reopen with certain restrictions. Sure, our favorite places will feel different now that places are operating at about 30% of their capacity—weird but undoubtedly bearable. But what happens when it comes to sports? It’s not like things can go back to how they were overnight.

Sports mean stadiums filled with diehard fans cheering for their favorite team, celebrating victories by high-fiving and hugging. Even at times where we weren’t at the game, we could still feel that spirit through our TV screens, as we watched the action happening in a fully crowded arena. With fans taken out of the picture, what does the future of sports look like? For some, it looks like a stadium full of cardboard cutouts.

Such is the case, for example, now that Major League Baseball’s season has started. The Tampa Bay Rays have started selling fan cutouts, where for $60 USD you can have a cardboard cutout of yourself printed out and placed in one of the seats during all home games. “While you can’t cheer for your Rays in-person at Tropicana Field just yet, there is another way your smiling face can attend,” their official website states.

Belarus soccer club Dynamo Brest did the same. They set up mannequins and cardboard fans to cheer for the players, and even dressed them in the team’s official jersey.

We saw it happening in Taiwan as well, during their baseball season. The fan cutouts caught the attention of many during a game.

“It is a bit unfortunate that fans cannot come to the stadium to cheer for us. But there’s nothing we can do. Given the circumstances, with the whole world dealing with the pandemic, the fact that we can still play ball here is quite exceptional”, the manager of the Chinatrust Brothers, Chiu Chang-Jung, mentioned during an interview. Since they limited the number of people in the field to 200 (including players, coaches, and staff), they also used robot drummers to play live music during the game.

Robots haven’t only become useful to keep the sports spirit alive during these pandemic times; they have also started substituting cheering fans at stadiums. The beloved Japanese baseball team, the Fukuoka SoftBank Haws, used robots as a replacement of their fans during a game against the Rakuten Eagles earlier this month. They danced to the team’s fight song while waving flags supporting the team. 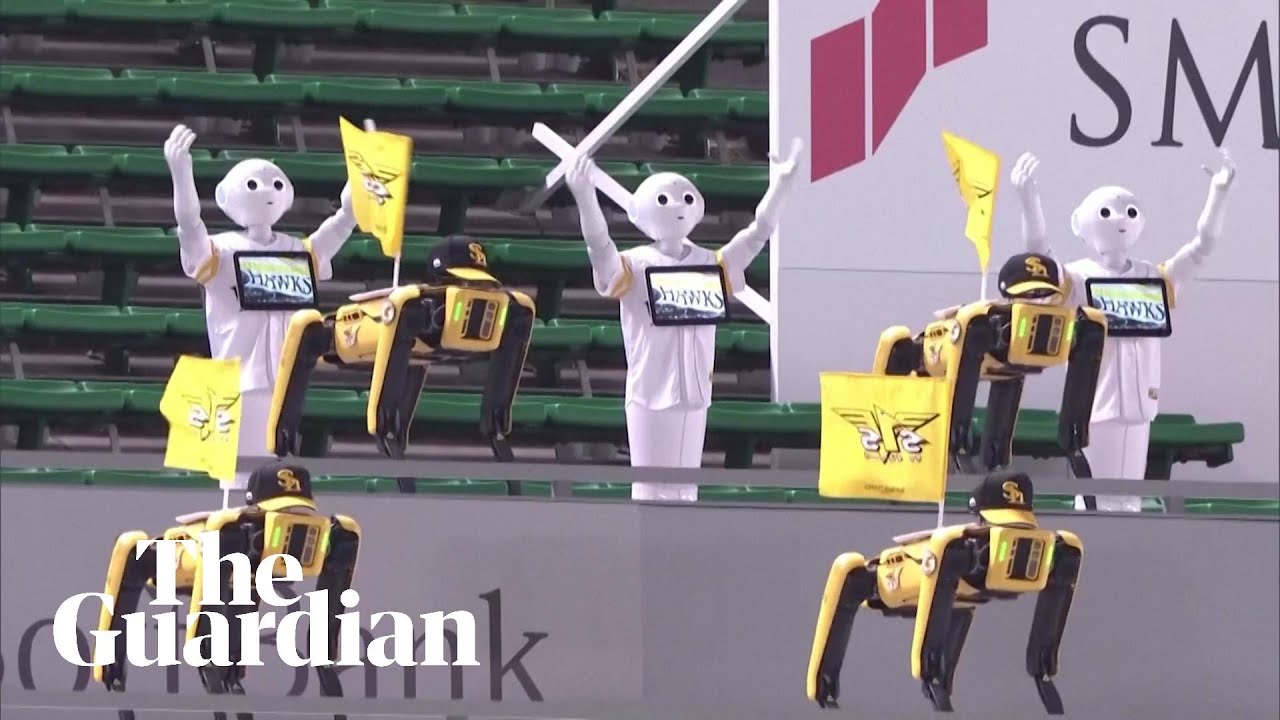 Korea is joining this trend too, seating robots at a Hanwha Eagles who cheered, chanted, and even did the famous Mexican “wave”.

We’re still not sure if we’re getting Uncanny Valley vibes, but this makes us want to go back to stadiums and arenas ASAP. With ticket sales accounting for a considerable part of major leagues’ incomes, teams have had to get creative very quickly, while keeping the spirit among fans alive.

Have they succeeded? Have they made it super creepy instead? What do you think? Let us know in the comments.