Kobe Faked It. This Guy Actually Jumped Over A Car

Who doesn’t remember being totally blown away by a highly pixelated Kobe ‘Black Mamba’ Bryant jumping over a speeding silver Aston Martin? There’s no shame in admitting it. We all fell for it. Mind you, I was a highly impressionable child at the time. So, of course, everything on the Internet was not a lie yet. 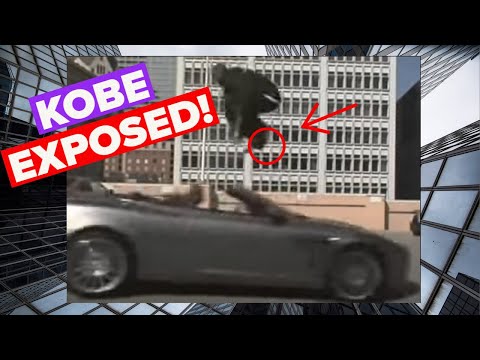 Fortunately, I wasn’t impressionable enough to be convinced that the pair of Hyperdunks Kobe exhibits before his super-human stunt would also bequeath me the power to fly like Mamba. Because at the end of the day, that’s all that was. A relatively well-shot promo for the new Nike Hyperdunks. Darn you, marketing department, quit playing with my feelings.

While we’d love to hate Kobe for willing playing coy and fooling us all, we can’t. At the end of the day, he’s an athlete doing his job. Endorsements are a big chunk of change and I would safely bet we would all fake jump over a car tomorrow if someone was willing to pay us for it.

But then there’s @deongriffinjr. An unverified Instagram user who doesn’t have any noticeable affiliation to a major brand. He promotes his clothing brand, @tunedinapparel, in his bio but that’s about it. So it’s safe to say there are no marketing masterminds coercing him to play along with another bamboozle.

So what in tarnation convinced him to try and jump over an actual, moving, Dodge Viper? It’s named after a venomous snake, dammit. That car already looks like it wants to kill you when it’s just standing still. While Deon does have some genuinely impressive clips on his page, the idea to jump the length of a car is something else entirely.

And there you have it. No trick angles or manipulated footage. And why would he? Deon clears the car and then some. We’re thinking the next time around, he might want to try a pick-up. Maybe a Ford Raptor, if deadly animals are his thing.

Oh and Nike, next time, just hire someone who’s actually able to do what you’re filming. Kobe’s great at basketball but, leave the extreme stunts to Deon. He pounced over two snakes in a single bound.