Trump Is In A Jolly Joke-Giving Mood 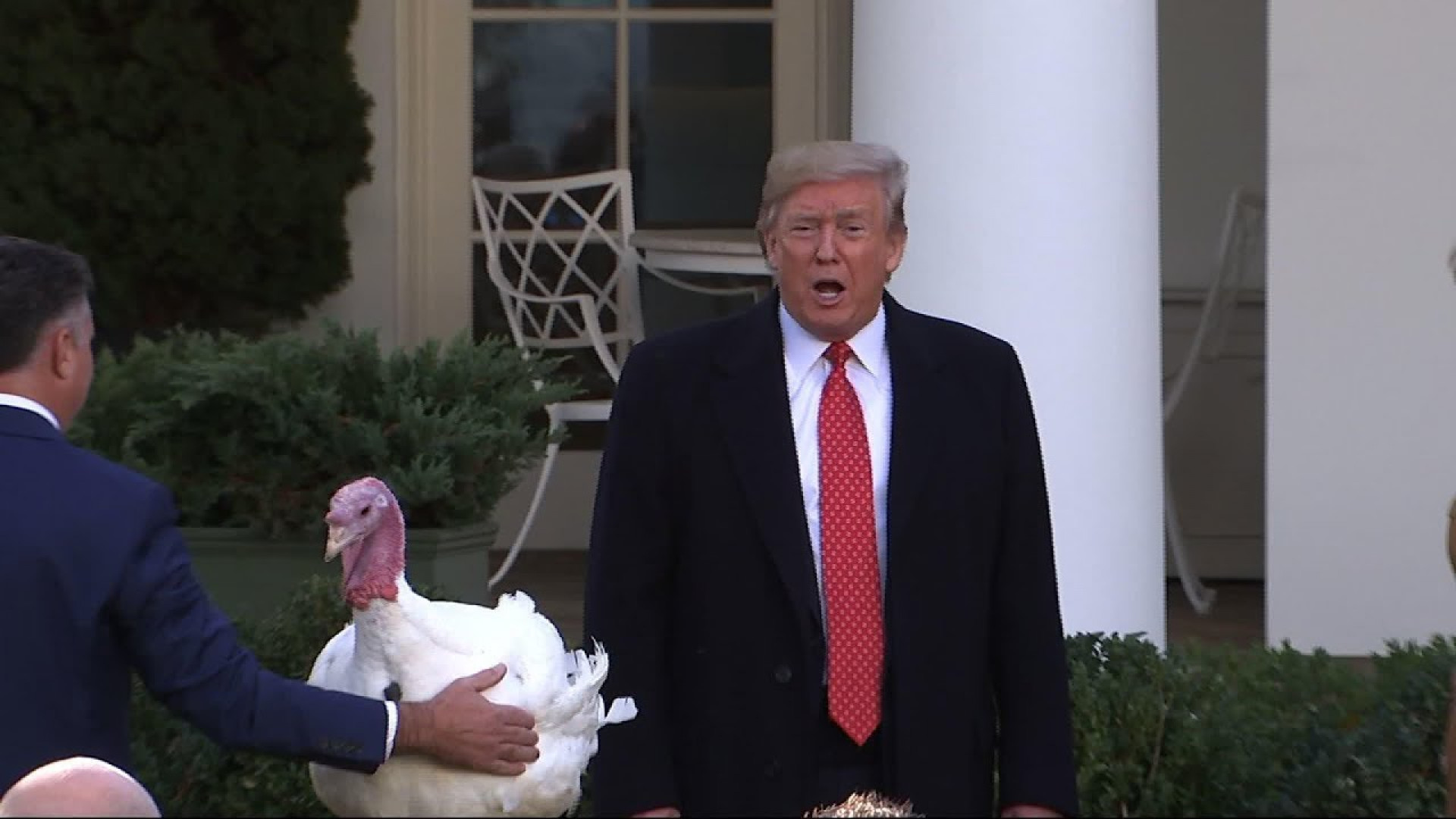 Even impeachment can’t keep you down during the holidays.

The holidays are a cheerful time.

It’s a time where we all congregate with our family and friends, share some laughs, and feast on special dishes. During Thanksgiving, there is no dish more fundamental than the turkey.

The turkey has become a staple of the holiday, which bears an unfortunate consequence for many turkeys. With millions of families celebrating the joyous occasion across the nation, the odds are not in the turkey’s favor.

In light of this stark reality, the President of the United States has shown mercy on at least one turkey every year, by pardoning the bird, setting it free from the dinner table.

The tradition was made official in 1989, under George H.W. Bush, following the lead of Ronald Reagan who had pardoned the turkey Charlie, in 1987. Ever since then, every U.S. president has pardoned the turkey(s) presented to them for Thanksgiving.

This year, it was Bread and Butter’s fortunate honor to be pardoned by none other than President Trump. And what a pardon it was.

Delivering a lighthearted speech before the ceremonious pardon, Trump joked about how the two turkeys were raised to remain calm. A trait that Trump felt was very important, given the turkeys had just received subpoenas to testify before Congress.

Continuing his joke, Trump explained how Democrats were accusing him of being too soft on turkey. However, at least this time, he has at least met the witness in person, Trump exclaims.

Before he wrapped up his joke, he was sure to carve into the media, who he loves so dearly. After all, if he’s going to be pardoning turkeys, he’s going to have to carve something this Thanksgiving.

“In any event, I expect this pardon will be a very popular one with the media. After all, turkeys are closely related to vultures,” Trump jabs.

Suffice to say, the chuckles that were heard earlier had all but disappeared.

Looks like the press who were in attendance are like your perfect cousin. They’ll jump on board when the jokes aren’t about them, but as soon as the tide turns, they don’t see what’s so funny anymore.

We wonder what other jokes the President has for us this Jokes-giving season.

The Weirdest Ways To Get Yourself In Trouble Around The World