Robots are real, and this time they’re coming for us. Okay, maybe not for us, but you bet they’re coming for our jobs now. At least, that’s all that our minds could think about after seeing what robots are up to these days in Tokyo. This week, the convenience store franchise chains FamilyMart deployed its first robot in one of their stores in Tokyo. The robot is currently in charge of stacking all of the products on shelves and keeping them organized.

FamilyMart proudly hired its first robotic employee, and while some people are freaked out by this, others find it quite fascinating. While only one of their stores has a robot working there, they’ve shared their plans about having robots working in 20 of its stores by 2022. 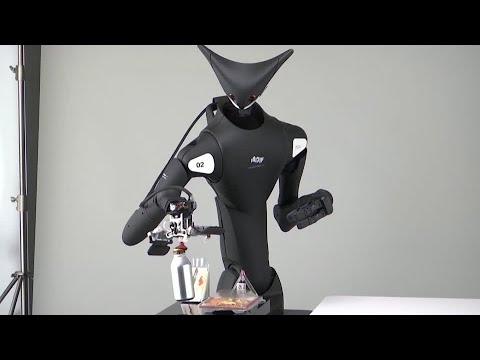 But let’s focus on the currently employed robot. This not-so-little buddy is called Model-T, and it was developed by the Japanese startup Telexistence. When extended to its full height, the robot is seven-feet tall, which is very helpful considering it’s in charge of stacking up shelves. For now, Model-T is operated remotely by a person using a VR headset and special gloves; however, Telexistence aims for robots to eventually work without a pilot.

Of course, its creators know for a fact that most people are still uncomfortable about robots, especially when they mimic human movements so well. With this in mind, Model-T is designed to be friendly-looking for all customers to feel comfortable around it while they shop.

No matter how many times we’ve heard about robots becoming more intelligent and capable to do certain things, Model-T undoubtedly caught the attention of many around the world. According to Tomioka, many hotels, restaurants, and even gas and oil companies have contacted Telexistence.

But, can you imagine having robots replacing humans in the most ordinary places? What if the next time you went to get gas, there was a robot in charge? Or if the hostess at the hotel who kindly shows you to your room was a robot? Beyond the fact that this could make many uncomfortable, it leads us to the inevitable question we all have when discussing robots. Is this the beginning of our replacement in the job industry?

Well, according to Niki Harada, an official from Japan’s Restaurant Workers Union, having robots in our workplaces could actually mean more jobs. “It’s difficult to tell now what impact robots might have in restaurants — it could mean fewer people, but it could also create new jobs,” said Harada.

Model-T is only the beginning of having robotic co-workers, but from this moment on, the journey is definitely not stopping. At least they won’t steal our food from the fridge at the office…

Meet Tanaka Tatsuya, The Artist Who Creates Miniature Worlds Out Of Common Objects

The Weirdest Ways To Get Yourself In Trouble Around The World