Bathrooms are some of the most private places for most of us. You want to get your ‘business’ done in peace so the idea of a public bathroom that has see-through walls is the kind of thing that might keep you awake at night. While the thought of it might remind you of a certain nightmare, a famous Japanese architect thought it was a dream he could make come true.

The architect running the project pointed out that people worry about two things when they’re going to a public bathroom. One is whether the place is clean and the other is whether there is someone else inside. You obviously don’t want that awkward moment when you open a bathroom door and there’s someone on the toilet seat. The embarrassment really does make you die a little bit on the inside.

Japan has some of the cleanest restrooms that are super hygienic but residents are still afraid that public toilets might can be dirty and scary. You just have to see it to believe it. With the walls that are see through, they hope to sort out these issues by giving users a view of what they will find inside the public toilets.

The biggest concern is privacy when it comes to the transparent walls. We all hope to steal the show in some way but not when you’re putting your bomb in the bowl. The good thing is, the architects might have read your mind because they thought of this when designing the transparent loo.

After someone goes into the restroom and shuts the door, the walls of the room turn into a powdery pastel shade that is opaque thanks to Smartglass technology. This makes it impossible to see through. The toilets definitely stand out in the park, especially at night. When it gets dark, the facility looks like a glowing lantern in the park with all the lights. Though the toilets are great to look at, the main aim of the project is to assure users and to put them at ease when they need to use the bathroom.

Check out this video, by akidearest, as she give the unnerving restroom a go. As you will see, it is very important that you lock the door! 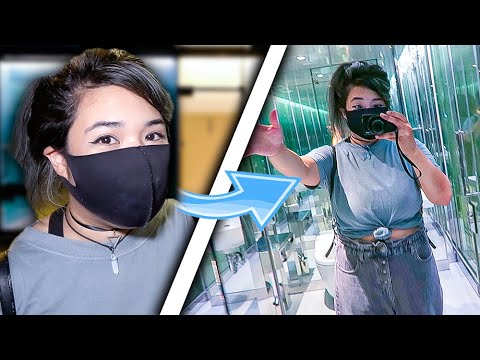 The plan is to have 17 transparent public toilets in one of the busiest entertainment and shopping districts in Japan called Shibuya. So far, the toilets have been opened in two parks. The units have three cubicles each with transparent tinted walls that are either pink, purple, yellow, blue, lime green or cyan. A splash of color to brighten the public toilet experience.

The group that created these toilets is responsible for the Tokyo Toilet project, which is bringing together famous architects from across the world to create toilets that “have never been seen before”. The transparent toilet project has done just that, with Forbes calling the idea as a ‘Stroke of Genius’. It may cause some people a stroke of anxiety when they think of using the transparent restrooms while others will probably visit the park just to get a chance to try out these impressive restrooms. If the project is works out in Japan, we might see more of these restrooms around the world.

Will You Shut Up, Man |The Internet Reacts To The First 2020 Presidential Debate

Meet Tanaka Tatsuya, The Artist Who Creates Miniature Worlds Out Of Common Objects